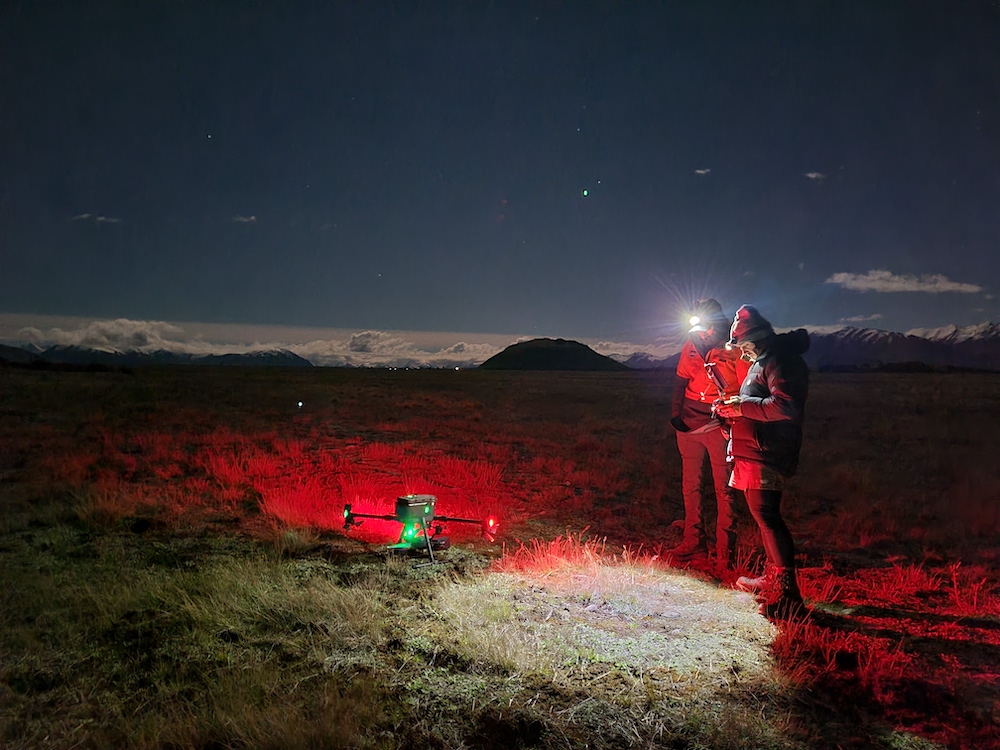 New thermal imaging techniques are being used to hunt down hares in the Mackenzie Basin.

The techniques are being undertaken as part of Te Manahuna Aoraki, a multi-agency project which has the aspiration of turning the basin into a predator-free zone by 2040.

Predator ecologist Nick Foster said thermal imaging had been used extensively for detecting large animals like deer, goats, wallabies, and for counting and hunting rabbits at night by ground-based personnel.

But now the technology was being used in new ways – namely to detect and remove hares with helicopter-mounted shooters; and to measure rabbit populations and detect surviving individuals.

“This has involved an initial trial for hares, and several surveys and nights spent developing methodology for using drones over the past few months,’’ Foster said.

The hare detection removal trial took place over a one-hour and 45-minute period and detected 16 hares in December, he said.

“Without the thermal imager, only one individual would have been detected,” Foster said.

“It became very clear that thermal imaging will be a very important part of active hare removal. Drones have many clear uses, and we are learning where the application of this technology fits in to our needs. Current methods are still fit for many purposes.”

Foster said hares were warm-bodied animals that occur in open, sparsely vegetated environments and “importantly, do not burrow”.

“So, they are always available to be detected by thermal technology,” he said.

“This technology could potentially be applied to other small mammals: it’s just a matter of understanding their behaviour and the environment they live in.

“Using a drone to survey rabbits also has some advantages: it causes less disturbance as it is quiet and fast.

“Whereas the noise of ground-based vehicles are known to scare rabbits off, the drone can survey where people and vehicles cannot access; video recordings are much more accurate to process as they can be paused and re-watched.”