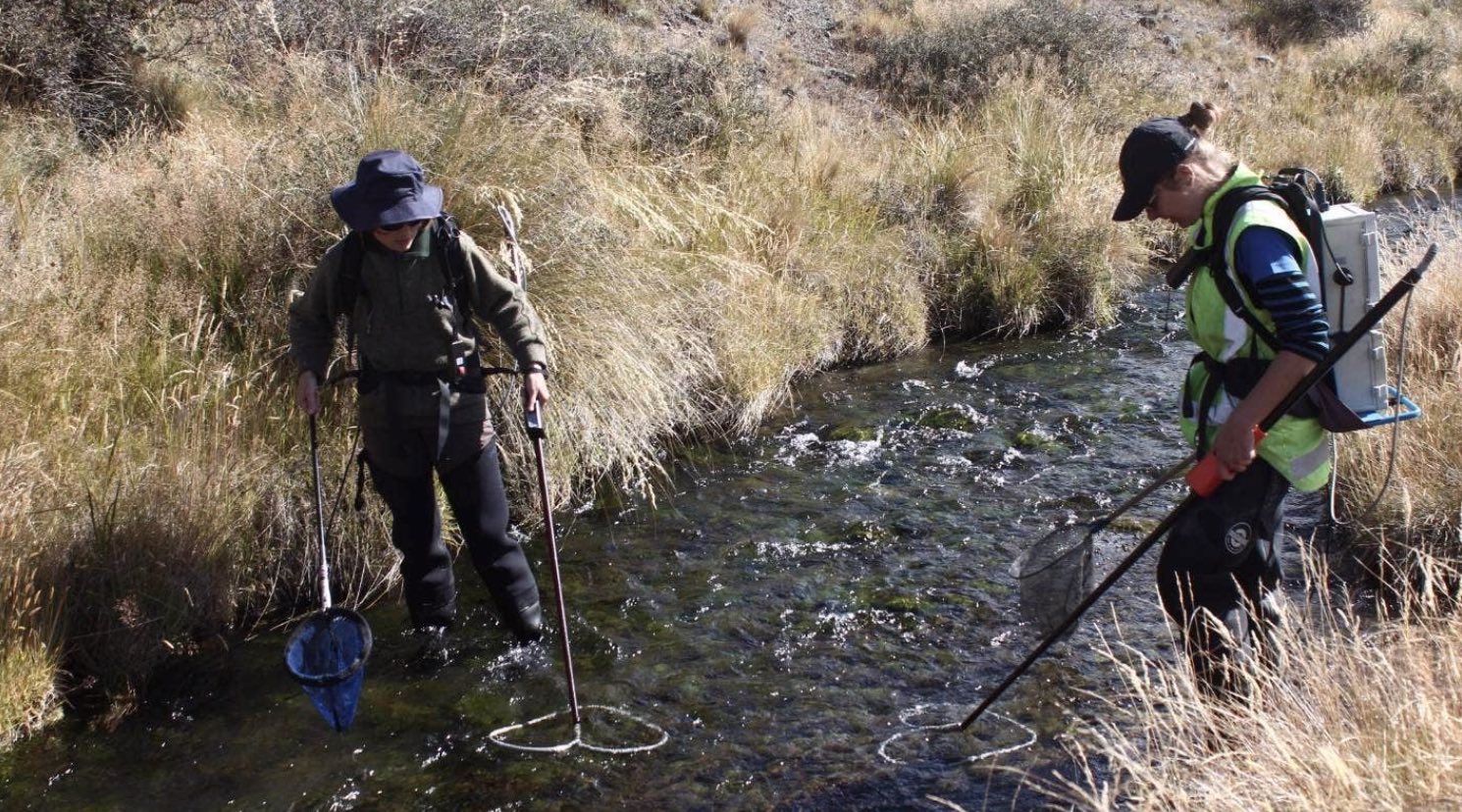 A six-year-old project that has already relocated more than 2300 trout in the Mackenzie Basin will soon get some extra help from Te Manahuna Aoraki.

The aim is to protect rare native fish in tributaries leading to Fork Stream and has been done through the development of special weirs which form a barrier to prevent invasive trout moving up waterways. The trout are then relocated to other parts of Fork Stream below the barriers.

The project has been operating for several years, but now Te Manahuna Aoraki, a multi-agency project with the ambition of turning the Mackenzie Basin into a predator free zone, wants to join.

“Te Manahuna Aoraki and our iwi partners are in the planning stages, looking at how we can expand the great work already being undertaken in this area by DOC, ECan and the NZ Defence Force to protect rare native fish in tributaries leading to Fork Stream,” McNab said.

“The stream and tributaries are important for species like the upland longjaw galxias which use the area as spawning habitat. It is a rare habitat which supports what are becoming increasingly rare species.”

ECan southern zone leader Chris Eccleston said “the two fish barriers have been in place for several years now and most of the trout have been relocated from the true right spring (western side), which leaves a safe space for these little native fish to thrive.”

DOC senior biodiversity ranger Dean Nelson said while they would only catch “two or three trout” in the true right part of Fork Stream, there were other parts of the stream where trout were still abundant.

“We haven’t quite got it knocked on the head, but it’s been a really collaborative project,” Nelson said.

“The native fish in that stream tend to stay in the same spot, so removing the trout protects them. Trout have been unfortunately prolific in that stream until recently.”

Eccleston said weather conditions for site visits can be challenging as “this is a remote high country area”.

“Undercut banks and in-stream vegetation can also make it tricky to find the trout that like to hide,” he said.

“The project provides a great opportunity to protect a good length of waterway on the braid plain with diverse habitat, to ensure the rare and threatened native fish survive and thrive.”