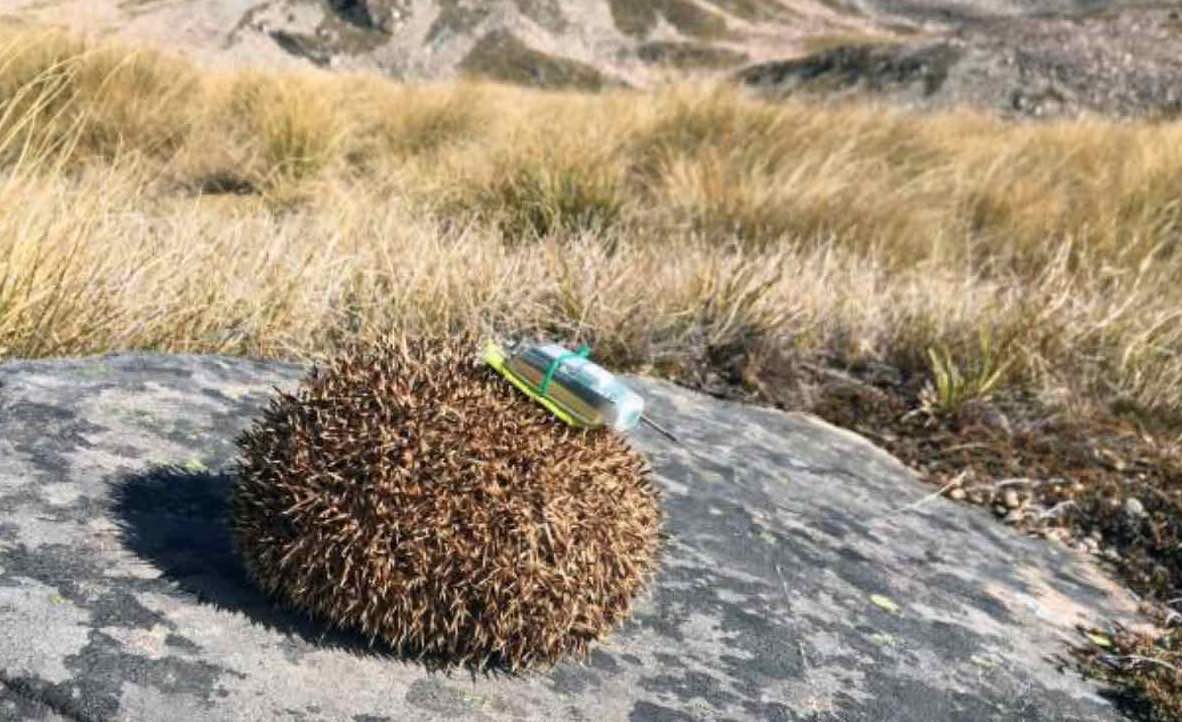 While the idea of hedgehogs wearing backpacks and going on adventures in the Mackenzie Basin might sound cute, there are some important conclusions to be made from it.

Dr Nick Foster, of the University of Otago’s department of zoology, has been examining how alpine-based hedgehogs hibernate in the Mackenzie Basin’s alpine zones by attaching small GPS-transmitting backpacks to them.

Dr Foster attached transmitters to eight hedgehogs, six of which were adults, in January last year.

“You can attach a transmitter directly to their spines. There is no collar, no contact with the skin, and there is no feeling in their spines, which are a similar material to our fingernails. Spines regrow after they are clipped and devices fall off as they naturally shed.”

He was able to retrieve the transmitters in June, after the Level 4 lockdown, before the batteries went flat. Luckily, hedgehogs were easy to recapture.

“You don’t get the data back until you have the hedgehog in the hand.”

The goal of the study was to find out whether hedgehogs moved to lower elevations when winter threatened.

“We thought that hedgehogs could be making short-distance movements downhill, which would extend their foraging and breeding season and avoid the harsh winter conditions of the high alpine zone.”

However, the study revealed hedgehogs stayed put and hibernated in colder areas.

“They entered hibernation in the same areas they used in the summer, and while we only tracked a small sample of females, they all did the same thing,” he said.

“This is pretty convincing evidence that hedgehogs aren’t just visitors in these zones — they’re residents.”

Dr Foster, who has been involved with Te Manahuna Aoraki, a conservation project focused on restoring the natural landscapes and threatened species of the upper Mackenzie Basin and Aoraki Mount Cook National Park, said while the study sounded “cute”, hedgehogs were predators — and abundant in dryland environments.

“When we think of predators, we think of stoats, possums and rats. In dryland environments, hedgehogs and feral cats are among the worst.”

“They basically spend their entire night sniffling around and eating anything that they can find — this can be weta, skinks and geckos … the eggs of birds that lay eggs on the braided river flats.

The university would run a hedgehog eradication trial now it was known they stayed in the alpine zone.

“We know now that we need to bring the fight to them — we can’t just put traps out on the valley floor and expect to get every single hedgehog.

“Otherwise they’ll be around forever and act as a source of reinvasion for lower areas.”