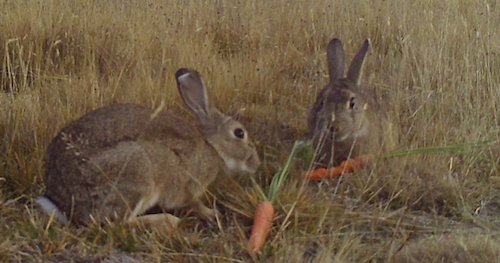 A rabbit control operation over nearly 1,600 ha at Twin Stream which includes Ruataniwha Conservation Park and parts of Glentanner Station looks to have successfully reduced rabbits to very low numbers.

Rabbits munch their way through native vegetation and pasture and are a food supply for feral cats, stoats and ferrets, putting our native wildlife at risk. 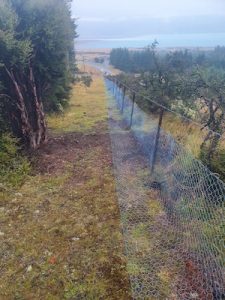 “There’s a little bit of science in getting it right. You need to hold the rabbits in and keep others from reinvading with fencing, and then follow up with secondary control otherwise you won’t get the best bang for your buck,” says Geoff.

Around a week after the pindone drops, night shooting was begun to mop up any remaining rabbits. 317 rabbits were shot in March with contractors saying they noticed a dramatic drop in numbers with only 22 shot in April and the same in May.

Ross Ivey agrees doing it properly is the secret to success. “We went full out on the primary control and then immediately followed up with secondary control. The whole package is working and we’re already seeing more grass growing, and matagouri that’s been ring barked looks to be healing. Everything looks better because the rabbits aren’t there,” says Ross.

The contractors are expecting predator numbers to come down along with rabbit numbers because rabbit is their main source of food. While contractors are struggling to find rabbits in the block we will keep up night shooting once a month over winter to ensure rabbit numbers stay low. Predator trapping will also continue in the area. 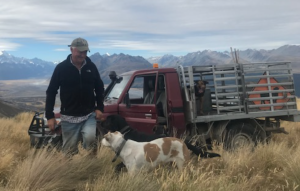 Ross (pictured) says he wouldn’t have been able to undertake such a comprehensive control operation without assistance. “It’s in everyone’s interest to collaborate,” he says.  This rabbit control is funded by landowners, Toitū Te Whenua Land Information New Zealand Jobs for Nature funding and Te Manahuna Aoraki Project. The project plans to roll out rabbit control in partnership with landowners across the project area over time.